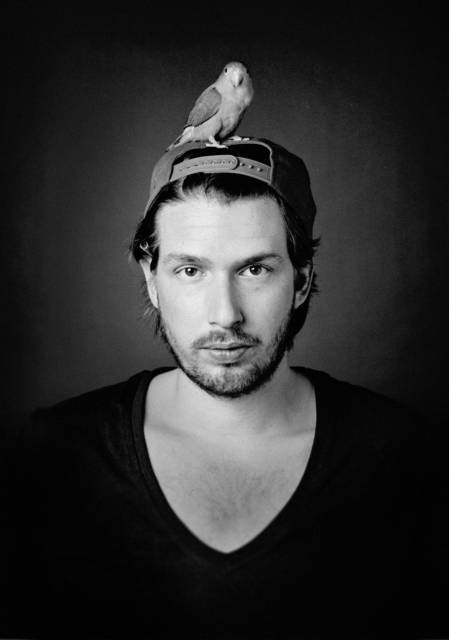 Even though he was studying photography at the time, the best teacher he had was his father. It all started for him with Dwiezel, the cat he held in his father’s studio. It was the perfect test subject, and became even more interesting to him when he lost an eye due to illness. The animals show emotions and Vincent tries to capture those in his portraits. Through animal photography he found a way to show his love for animals. Too many animals are discarded today, so he tries to raise awareness for the animals around us. They have feelings as well, he can see this in their attitude and composure. Human Animals is to become a book to support this cause; he hopes to touch people’s hearts with these pictures, especially those hearts that have never felt this kind of love for animals before. One of the greatest challenges photographing animals is making them feel at ease. To accomplish this he tries to build an environment that mimics their natural habitat, either on location, or at the studio in Antwerp. He actively avoids the use of flashes or strobe lights; he works with soft, constant lightning so the animals do not feel frightened or get startled.